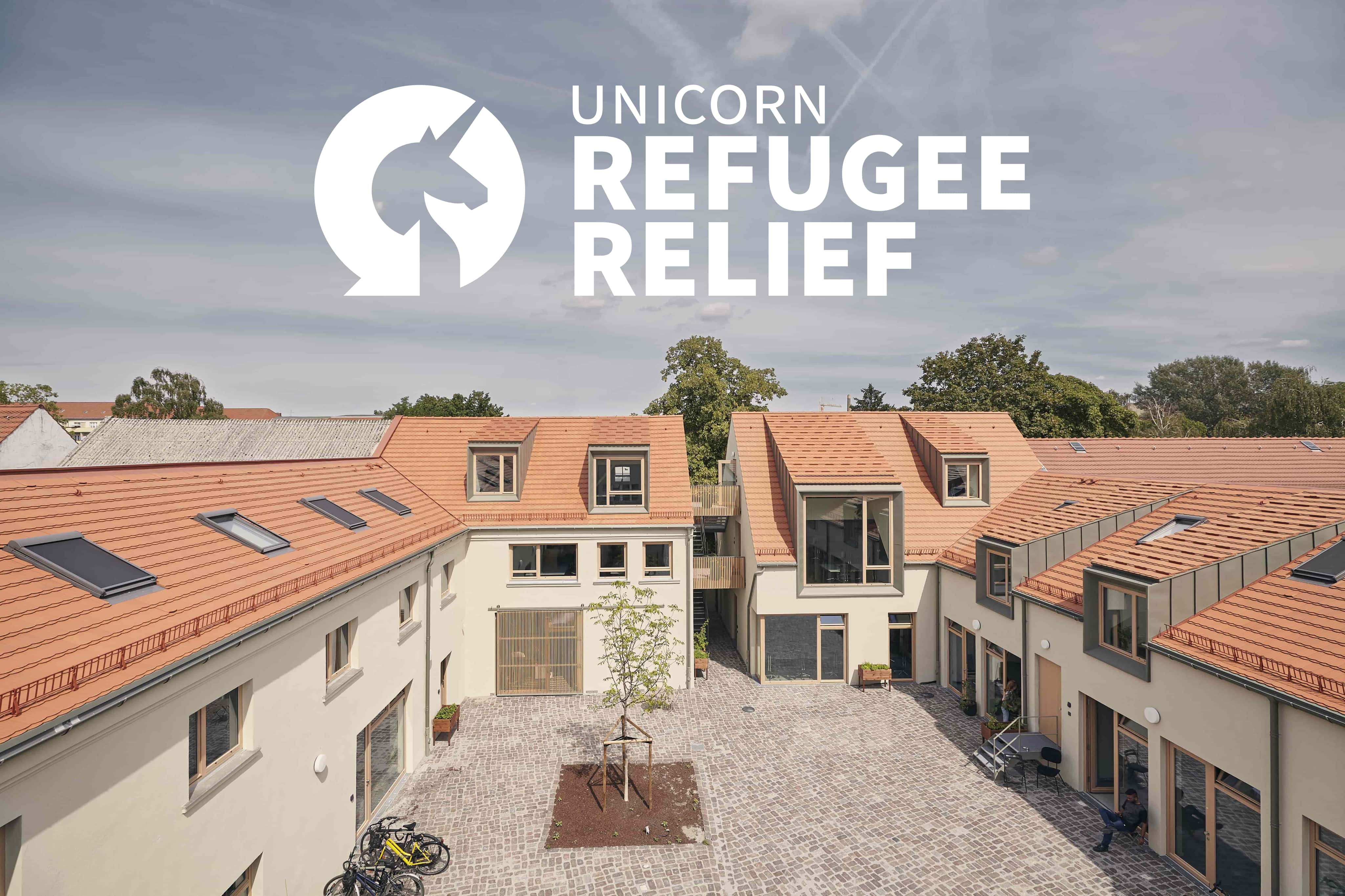 A terrible, condemnable war of aggression is being waged in Ukraine. Florian Kosak, CEO of Unicorn Workspaces, didn’t want to just stand by idly, he wanted to personally help. But how? And where? Florian explains how his desire to help crystallized into a relief project, and why he felt the need to get involved.

Since March, Unicorn Workspaces has been offering people fleeing from the Ukraine free single desks, so that they can carry out their work in a fully equipped space, with WLAN and flate rate coffee drinks included in the offer. So far, 13 people have been glad to make use of this opportunity, but not everyone requires a desk in a nice coworking space. However, since most refugees arrive with very little belongings, acquiring basic everyday items is often a first step to regaining a sense of normalcy in their daily lives. Our Unicorn Refugee Relief is both a collection point for donated items and a store where the women, men and children who were forced to leave their homes can go “shopping”, receiving the items they’ve selected for free.

What made you decide to open up the URR?

I believe that we can all do something for the well-being of others. We essentially have to, especially at a time where there’s a war of aggression taking place in Europe. With the inflation putting a squeeze on many people financially, people have less money available for making monetary donations. So it became obvious that donations of goods would be the way to go. I think the following is true for most people: you have a basement, and it’s full of stuff that you haven’t done anything with in years. So I see this as a perfect opportunity to go through all of this stuff and to donate what you don’t need anymore. Of course, the items donated should be in very good condition, so that they can really be of use to others.

How did you get started?

At the beginning, there were two important things: we needed space and a location that’s accessible and easy to reach. So we chose to set up in a part of our Unicorn Village in Neukölln, which is at ground level and has good connections to public transportation. We were just doing what we do best as workspace providers with several locations within Berlin, which is: we made a suitable space available in the right location. The only difference this time is that we’re also the tenants of our space. We also needed to launch a small website and start networking with other local refugee support projects.

Who is helping you with this?

I was really impressed by how much the Unicorn team pitched in to help outside of their “normal” working hours. I can honestly say that I’m proud of my colleagues for their commitment to helping the refugees and their great ideas. We formed a taskforce comprised of employees who wanted to volunteer, and they handle organizational issues and devote a lot of their spare time to keeping things running properly. I myself didn’t have to organize much, I just had to give the team as much freedom as possible. Plus, it should also be mentioned that they can do a lot alongside their working hours, too, as long it doesn’t impede their work.

How did you manage to get so many donations in such a short time?

I have to say once again that I was impressed by the tremendous support of my colleagues and that of our users and partners. We announced in all of our spaces that we were collecting items for donation and also placed some containers for donations in our locations – and they had to be emptied several times a week. I really want to give a big thank you to SirPlus and DRK for their very generous donations to our relief effort!

Does the URR only serve Ukrainian refugees?

Of course not. We realize that the Ukraine is not the only country being ravaged by war, and we don’t want to turn away anyone who we can help with our donations. We don’t do checks or monitor shop visitors. We just want to make sure that everyone has a chance to get something, that there’s an atmosphere of fairness.

What can be found in the shop?

We have at the Unicorn Refugee Relief shop non-perishable foods, hygiene items, clothing for adults and children, kitchen utensils and household appliances, lots of games for children - and last but not least, a large selection of pet supplies.

Ummm, pet supplies? Why do you have those?

Many people aren’t aware that people fleeing from the war take their pets with them, too. So currently, there are more than 28,000 pets which have left the Ukraine with their owners. That’s why we often make calls for donations specifically for pets, because there’s less awareness of this situation in general. But cats and dogs, they’re also members of the family, and many refugees have even put their own lives in danger to save that of their pets by not leaving them behind. That’s why we’re also trying to help their four-legged friends.

What lies ahead for the URR?

Well, right now we have about 5 to 8 families coming to the donation shop everyday. So we see that this help is still needed and we plan to keep our Unicorn Refugee Relief going in the future. Though in order to make that possible, we’re hoping that we’ll continue to get enough donations coming in from all sides from our supporters.

Which is why I’d like to ask everyone who’s reading to spread the word about Unicorn Refugee Relief and inform others about the help that’s being provided. And to all of the people who have already been helping and supporting us: I want to thank you from the bottom of my heart!