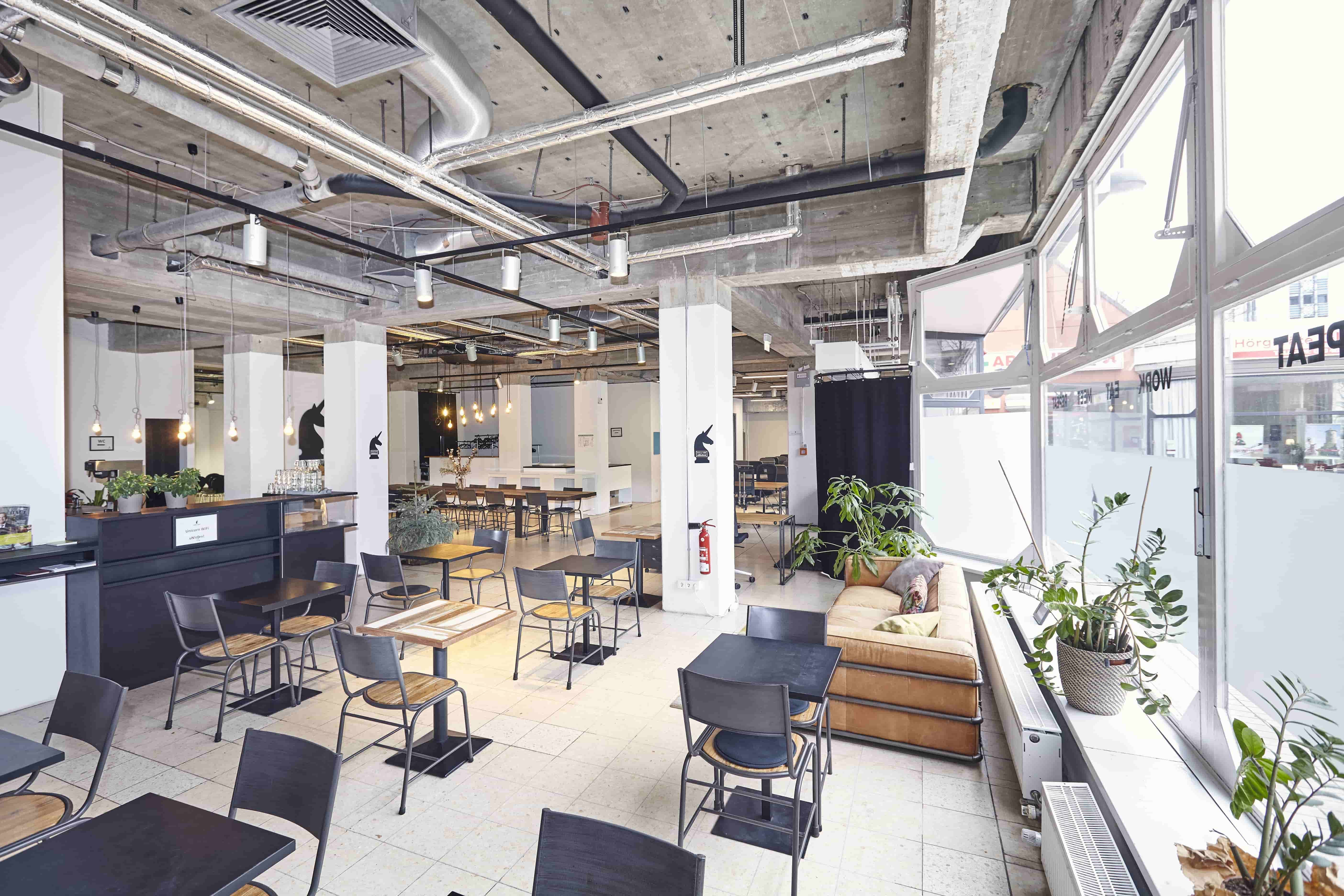 It’s time for a history lesson! With our eyes on the screen and our minds at work, we rarely take the time to take in what’s around us. We want to share what we have learned from taking a closer, more detailed look at our surroundings. In this monthly history lesson we will re-introduce you to each of our work and event spaces.

The History of Unicorn’s Workspace Locations

Unicorn – that was the name of the small coworking cafe in Mitte that opened in 2015. It served as a kind of “experiment” to find out what users need from a coworking space. The event space located in the Brunnenviertel followed shortly thereafter. Keeping true to the principle of WORK – EAT – MEET, a highlight of this space was its excellent barista-quality coffee drinks. We began to see the importance that the working environment held for our users, and this prompted a restructuring of our concept. Today, our vision is “work simplified”. We view ourselves as flexible office providers, offering “office subscriptions” to respond to the demands of startups and new companies for alternative workspace solutions.

Brunnenstraße gets its name from the mineral spring discovered there in 1751. It was said that the water had healing properties due to its high iron and salt content. The spring attracted lots of visitors to the area, which at that time was mostly agricultural farm land. Street names in the neighborhood such as Ackerstraße (Field Street) and Gartenstraße (Garden Street) are reminders of this era. Up until the middle of the 18th century, Brunnenstraße had been evolving more and more into a cultural and recreational spa hotspot. The spring itself was located just a few meters from the subway station Pankstraße. In 1867, the Marienbad spa was built. The master carpenter, Carl Galuschki, took this opportunity to lay down a pipe from the spring leading to his house, where he bottled and distributed the water throughout Germany. However, the spring ran dry in 1891, after it had been accidentally drilled into during the construction of the sewage system in the Badstraße. No longer being of use, the traces of the spring eventually disappeared from the neighborhood landscape. Yet the Gesundbrunnen area remained a popular place to go, and in the middle of the 19th century it was filled with many pubs, restaurants and beer gardens. Over the years, an increase in prostitution and gambling casinos turned it into a nightclub district. Ever since its official incorporation into the city of Berlin back in 1891, this area has been considered a working-class district.

Fun fact: A three-pillared fountain, erected to commemorate the historic spas, is located directly in front of our event space.