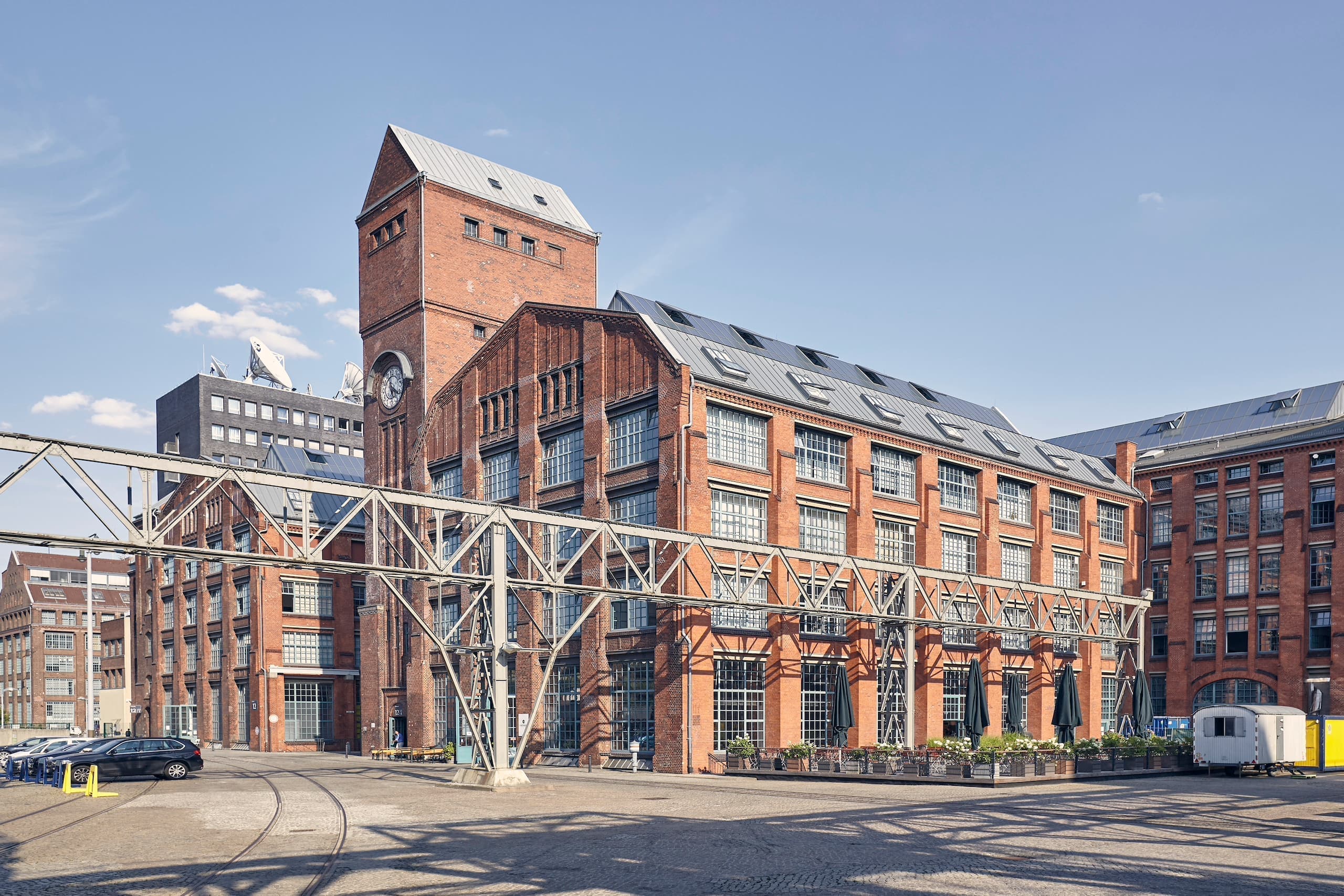 Today’s bustling urban Berlin district, Wedding, was once primarily an agricultural area belonging to the suburbs of Oranienburg. At that time, the Brunnenstraße was still a typical country road, flanked by irrigation trenches and rows of tall trees. By 1870, the industrialist Dr. Bethel Henry Strousberg had transformed the area into a comprehensive cattle market, complete with corrals and sheds, slaughter house, a trading market for wool merchants and a stock exchange tower with its own restaurant. However, the cattle market closed after just eleven years of being in business, due to new government regulations requiring animals to be slaughtered in specially built and equipped slaughterhouses. The area remained unused until the German producer of electrical equipment, AEG (Allgemeine Elektricitäts-Gesellschaft), built a sprawling factory on the site, which remained in operation until 1941. 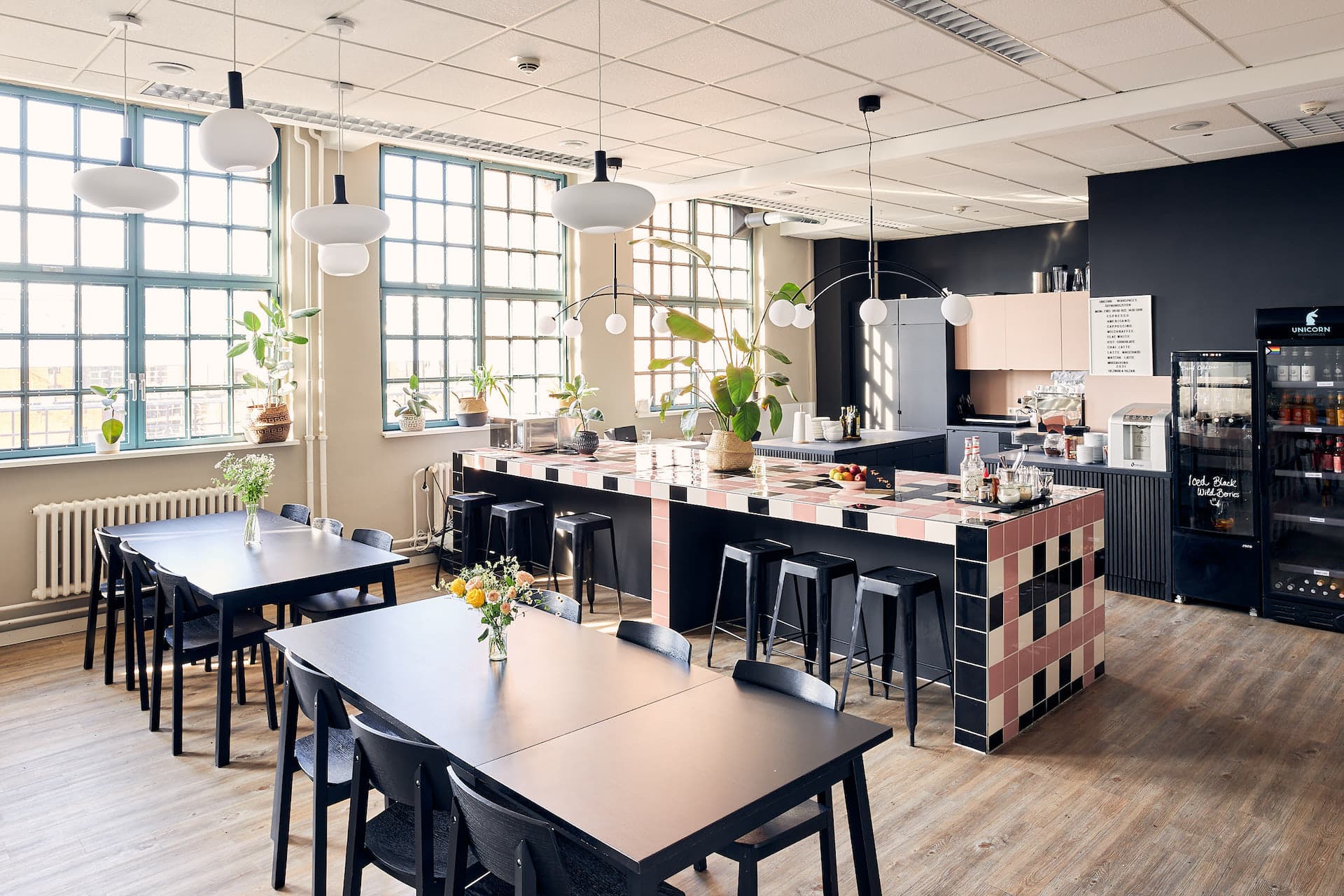 Besides being one of the most architecturally significant sites in Berlin, the impressive industrial complex also profoundly influenced the city’s development. The arrival of AEG in Berlin turned the city into an industrial metropolis, powered by AEG’s broad production range, which included electric motors, a wide array of household appliances, railway materials and high-voltage system components. The city’s first subway was even built here, albeit for commercial purposes rather than public transport. AEG’s founder, Emil Rathenau, began implementing industrial production methods used in the USA, namely independent, skilled workers, and operational procedures derived from shrewd business practices. The factory engaged in piecework and mass production, then began assembly line production in 1926. Consequently, AEG became the largest employer in Wedding.

However, with the outbreak of WW2 in 1933, AEG benefited greatly from their cooperative stance with the Nazi party. Forced labor was used in its factory to replace workers who were sent to the front. The factory’s operations were expanded to manufacture armaments, and more than 50% of AEG’s total revenue at that time was earned from weapons production. It is also believed that there were secret tunnels leading from the factory to an above-ground bunker located in the adjacent Humboldthain park. The larger of the two AEG compounds was semi-demolished during the war and scars from artillery shelling can still be seen today on parts of the building’s facade. Like many other Berlin companies after the war, AEG wanted to relocate its headquarters to the western part of the now divided country. However, it continued production at its factory in Wedding, and in 1966, added two large machine halls to the premises. These were the largest to exist in Europe at that time, and AEG attracted business internationally, even providing parts and supplies for nuclear power plants in the USA. Yet by 1978, AEG had laid off half of their 4,000 employees and closed their factory in the Ackerstraße. The remaining workers were “put out on the street” and AEG’s 90-year production history in Berlin ended with the closing of its Voltastraße location. Afterwards, the factory premises were obtained by ORCO-GSG (a company specializing in the redevelopment and repurposing of industrial properties) and the twelve buildings were completely renovated. Today, the Voltastraße 5 is home to a variety of businesses, media companies, the  Technologie-Park Humboldthain (a science, research and technology hub) and of course, one of our Unicorn workspaces.

The Volkspark Humboldthain, endowed with an interesting history and memorial garden landscape, is located right next to the AEG. The environmentally-friendly, creative-work oriented Lobe Block (also known as the Terrace House because of its large terraces), is located directly behind the park. Nestled among small shops and consultancies you’ll find a yoga studio, a restaurant and urban gardens.

For the filming of Amazon Prime’s series Catch Me If You Can, Wladimir Klitschko hid himself in the AEG tunnels.