The imposter syndrome: is my success just a lucky coincidence? 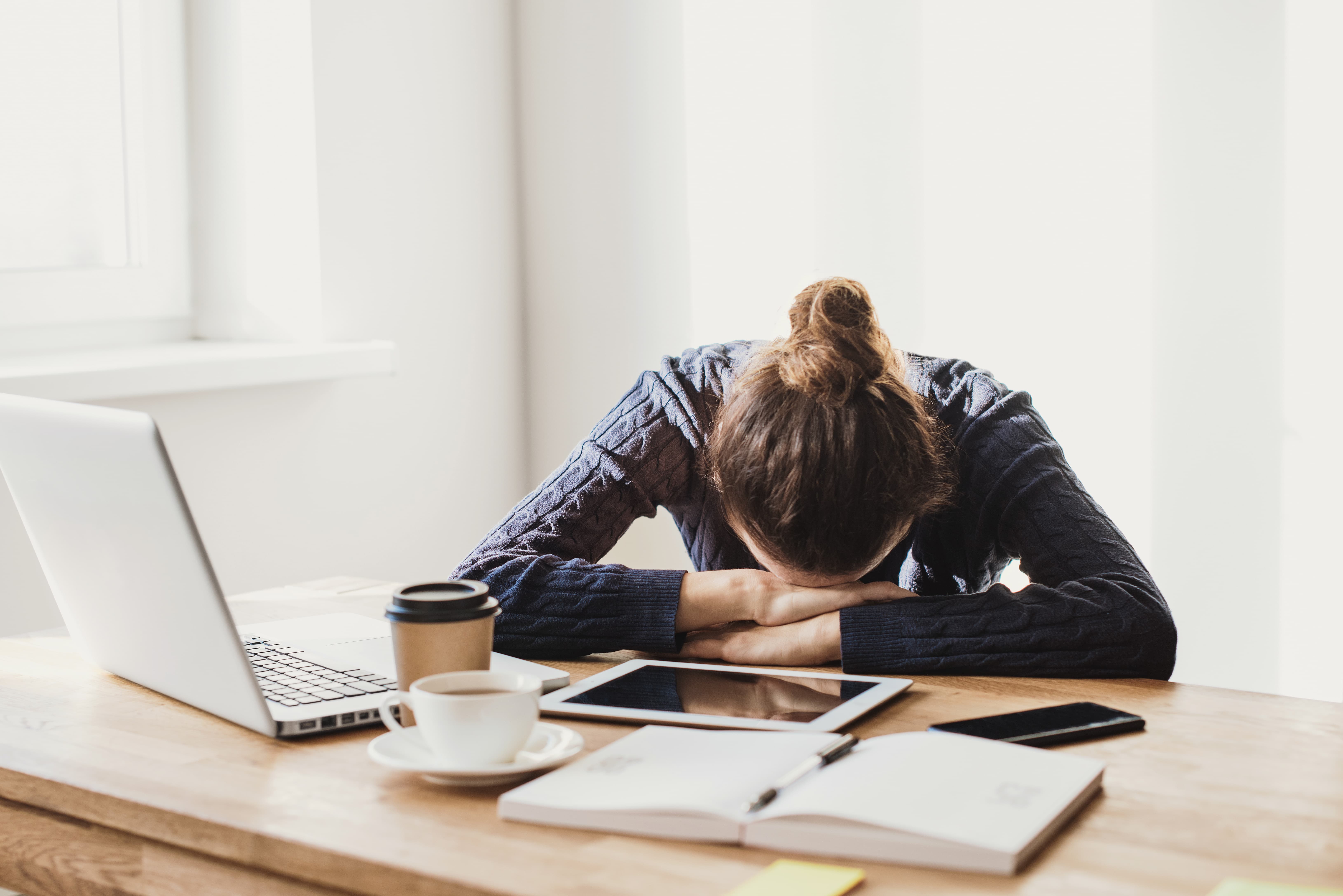 “What am I actually capable of?” “The others will soon notice that I can’t do anything.” “I’ve always just been getting by on luck.” A lot of people have such thoughts when they’re at work. It’s often at work, but not only there – that thoughts of not being good enough creep into people’s minds – and they think it’s just a matter of time before all the others will notice it as well. They feel like frauds, and even the positive feedback they receive from those around them can’t banish those feelings. Researchers believe that up to 70% of all workers experience such feelings while working, and refer to this surprisingly common phenomenon of feeling incompetent at the workplace as the “imposter syndrome”.

The imposter phenomenon: a vicious circle?

People who experience this phenomenon have a considerable amount of self-doubt and low self-esteem when it comes to judging their own abilities, as well as high expectations of themselves and a penchant for perfectionism. All this prevents them from realistically assessing and judging their own performance. Instead, they believe they’re not doing their tasks as well as they should, they’re being overrated by their peers and receiving undue praise. This is coupled with the fear that one day their colleagues and superiors will notice their (self-imagined) shortcomings and they will be exposed as imposters. A long-term persistence of these feelings becomes debilitating when it leads to chronic anxiety, where the affects of sleeplessness and stress, and in some cases, even depression and burnout, can impact physical health significantly.

The imposter syndrome can be described as a vicious circle. On one hand, negative feedback can deepen the feeling of being incompetent and undeserving of the job position. This can often make it difficult to deal with criticism in a laid-back and constructive manner. On the other hand, many people with this syndrome find it equally as difficult to genuinely accept positive feedback. The praise they’re given from those around them at work just serves as proof that their coworkers or bosses have been “successfully” deceived.

Is the imposter syndrome a New Work phenomenon?

Whether boomers, millennials or GenZ, there’s no generation that is immune to self-doubt. More than forty years have gone by since the American authors Paulina R. Clance and Suzanne A. Imes coined the phrase imposter syndrome back in 1978. They had noted, interestingly enough, that it was especially successful women who doubted their own abilities and felt that their performance was being overvalued at the workplace. Instead of attributing their success to their own skill sets, they cited lucky coincidences or held other external factors responsible for the results. The imposter phenomenon does not limit itself to specific generations nor to biological genders - men can also suffer from the syndrome. However, gender bias and stereotypes generally make the professional lives of those identified as women more difficult, regardless of the presence or absence of self-doubt.

Nevertheless, for many, the characteristics of New Work and our modern working world can be burdensome. A lot of workers feel an increased pressure to perform in light of New Work methods. Often these are data-oriented, so that success and failure can be measured and compared. In the worst-case scenario, this might mean that a person’s performance can be reduced to a number or score, without any other circumstances being considered. This can be very challenging for people who are already very judgemental about their own performance, because external factors can absolutely play a role here. Feelings of inferiority, or of not living life “properly”, have already seeped into the private lives of many people, mainly propagated by social media which makes life and how it is lived increasingly public – generating more societal pressure and obviously fueling even more self-doubt.

Beating the imposter syndrome: yes, you are good enough!

Just as there are various types of people, there are various reasons as to why they might feel like an imposter or a fraud, so there’s not a one-size-fits-all solution to the problem. However, as is often the case in problem-solving, the first step is to acknowledge the existence of the imposter syndrome and its psychological behavior patterns. Monitor how you cope with situations and your own thought patterns, then begin to analyze them. It can be especially helpful to pause for a moment when the imposter feelings strike and ask yourself: what is going through my mind right now? What can I do to feel better? It’s also a good idea to think about your accomplishments and deliberately write them down. When feelings of self-doubt start coming on, you can read through what you’ve written and remind yourself of all that you’ve achieved so far. While self-observation is important, so is connecting with others, such as your colleagues, friends, or a therapist. It’s often easier to deal with a problem when we know we’re not alone in facing it, when we’re assured by the knowledge that those around us have had similar situations as well. This can make even more of an impact if there’s someone involved who has capabilities you particularly admire. Plus, it’s always best to ask for help and to let others help you when you’re in need. To rid yourself of the imposter syndrome’s negative thought patterns for good, you’ll have to openly face and discuss them. Then, you’ll start getting off that merry-go-round of thoughts which has been distorting your sense of self-worth. You’ll just know that yes, you are good enough!