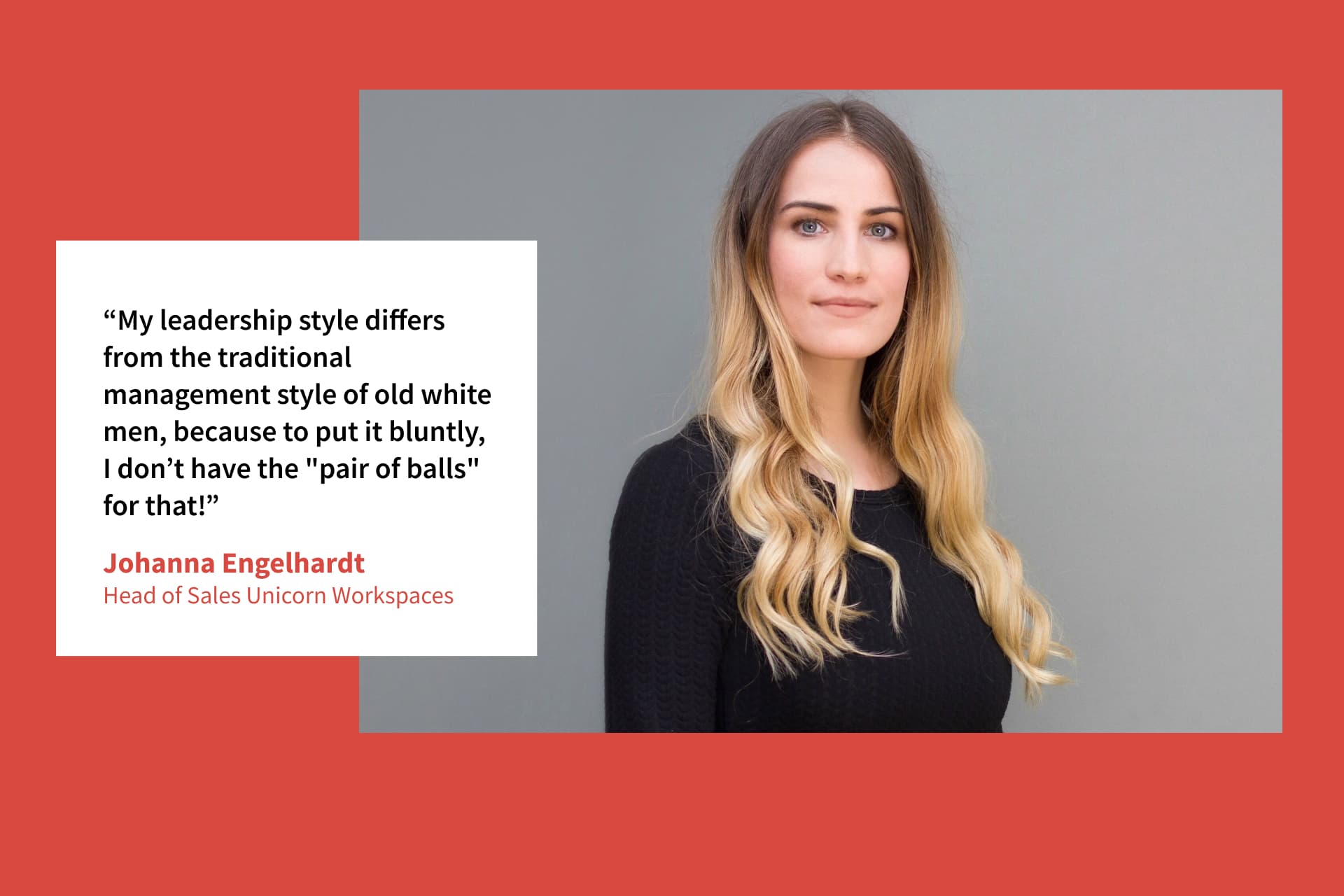 What do you think female leadership stands for?

I see leadership as the ability to motivate a group of people so that they can achieve goals together. For me, being a good manager means reflecting and constantly being willing to learn new things, in order to enhance skills for team building as well as for thinking and acting strategically. As Head of Sales, I’m still personally involved in everyday business matters. And there it’s important to not lose sight of your strategic views. When you’re in a leadership role, you have to go that extra mile. When you’re a manager, a wife and a mother, you truly have a 24/7 job.  As a young working mother, I was already “managing” long before I became a manager in my professional life. Many men could really learn something from all the successful professional working women out there. Working mothers are used to the double burden of raising children and having a career and because of that they’re more robust. Women are really good at time management, they are empathetic and have a hands-on approach in life, otherwise they wouldn’t be able to accomplish so many things in their hectic everyday lives. With sensitivity towards employees during performance reviews, with their motivating attitudes, their composure and the experience of organizing children’s birthday parties, a woman can come out on top even in the most difficult negotiations – as long as she believes in herself! My leadership style differs from the traditional management style of old white men, because to put it bluntly, I don’t have the “pair of balls” for that, and without balls you can’t be a “real manager”, nor can you win a football match, as Willi Orban seemed to know. Yet to all the women out there, we are also players in the game and speaking now from experience, we need to have confidence in ourselves, we have to claim what we deserve and fight for what we believe in.

Women today are still being confronted with provocation and inequality in every stage of their career – from the lewd or sexist jokes of their male colleagues to the gender pay gap. Fortunately, there are a growing number of women who’ve developed the ability to deal with these issues accordingly. It takes courage to respond to an inappropriate joke, and self-confidence and solid negotiation skills when discussing salaries or raises. To every woman out there: please check out the new book by Fränzi Kühne: “Questions That Men Are Never Asked: I’m going to ask them anyway” (original title: “Was Männer nie gefragt werden: Ich frage trotzdem mal”). It’s fantastic that many women and also some men in higher positions – even when that’s standard – are standing up for their female colleagues when sexism or unfairness rears its ugly head at their workplace. Society is recognizing the enthusiastic contributions that women are making – they’re using their voices and being heard. Women are putting digitalization to good use, building up their networks and learning from each other. Encouragement – even digitally -  is also empowering!

How do New Work and leadership influence each other?

Top-level management has a vital role in determining the company’s culture. Good managers guide their companies to success and motivate their workers simultaneously. An essential factor meanwhile is the new and increasingly digital configuration of work, in the form of flexible working hours and locations, networking and community events. Workers with family obligations (children, pets, caring for sick/elderly relatives) have the possibility to organize their working day more flexibly to manage their other responsibilities while still pursuing their career. Flexible working hours and working locations means new planning, organization and management skills are required to run the entire company and its individual teams. New Work is sometimes challenging for managers because they aren’t always able to be physically near to their team due to various work locations, and it’s also tricky to pin down variable working hours. Necessary leadership skills nowadays means task-oriented and output-driven management, as well as promoting internal channels of communication.

How do you assert yourself as a female leader?

I started off at Unicorn as an account manager and worked my way up to management. The respect and most of all, the trust I have from my team developed naturally along the way. Even though I’ve become Head of Sales, I’m still at the grassroot level. I’m involved with the daily business, and I’m happy to give others a hand. There are some difficulties – perhaps due to the way I progressed in the company and a hierarchy that’s not so strictly observed. Sometimes there are situations with colleagues, ones I don’t really have daily contact with, in the past we were on a similar level in the hierarchy – and today they still can’t acknowledge me as a manager. As a woman, I ask myself sometimes if it wouldn’t be a bad idea to react “manly” in such a situation: gruff and callous. Up until now, I’ve always consciously decided not to do that, not because I’m a woman, or I would’ve rather been a male manager, it’s simply not my personal style. I have open lines of communication with my superiors: in particular, because of the female influence on Unicorn’s executive board,  there’s a conscious determination throughout the company culture to empower women. Men who are in leading positions also give their support and encouragement to the women working within our company. Unicorn has the right kind of culture for women to assume executive positions.

Who has inspired you and what advice would you give to young, aspiring female leaders?

I’m proud to say that we live in a country where a woman holds the chancellorship. Then there are women like Verena Pausder, Fränzi Kühne and Tina Müller – I really enjoy keeping track of their achievements. Verena Pausder is a successful business founder, a best-selling author with her recently published book “The New Nation” (original title: “Das Neue Land”), and the mother of three children. She lives in Berlin and is a strong supporter of digital education. Fränzi Kühne is a Berlin-based entrepreneur, a mother, and at age 34, she became the youngest female member on the supervisory board of a publicly traded company. She’s committed to seeing more women in leadership positions and her book “Questions That Men Are Never Asked” was published at the end of May 2021. Tina Müller has written several books and is the chairwoman of Douglas, the perfume store chain, where she actively promotes diversity throughout the company. In spite of their incredible careers, these women have managed to retain their unique styles, their authenticity, their approachability. And that makes me start to think about whether it’s right to first point out the awesome careers they have – because, as every mother already knows, raising three children is probably tougher than founding a successful company or climbing up the career ladder. Previously in my professional career, I only had males as direct superiors. Sophie Passman’s book, “Old White Men”, perfectly describes in a humorous way the kinds of bosses women often have to deal with. By the way, a little fun fact: once I was almost thrown out of a hotel with my whole family, just because four older men at the pool got all worked up about how “loud” it was while I was reading the book aloud at poolside. I’ll leave it up to you to decide if they were really upset about how loud I was reading or if they were upset by what I was reading. A lesson I learned while developing my career is that summoning up the courage to candidly broach unpleasant matters is truly worth the effort. Nowadays, there are plenty of employees in practically every company who are open for frank discussions and who’ll lend you their support. I’m also glad that there’s a powerful woman in our company’s management who is actively supporting and fostering the development of our female employees! So my advice would be to create your own personal development plan. A self-reflective understanding of your own leadership style and leadership qualities is, in my opinion, the key to your success. Gain self-confidence by utilizing your own unique capabilities and management skills. Acknowledge your strengths. Don’t hesitate to go into management or senior management and shatter the “glass ceiling”: women, just kick ass! So that when we speak of managers, not only men come to mind, but women just as well.