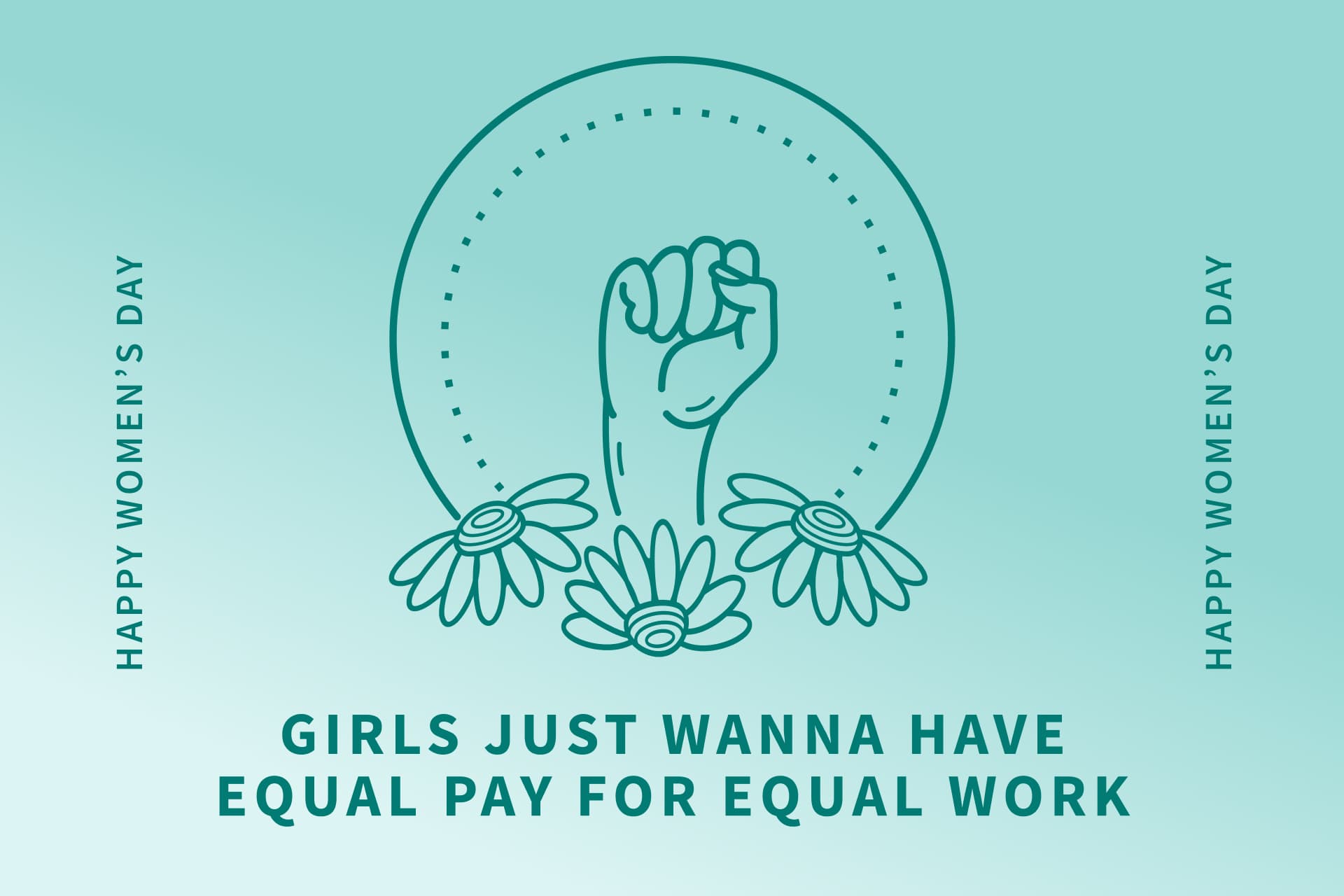 Gender quality for women and men is a topic that has often come up in recent years. In spite of the international attention this issue has garnered, on average women still earn significantly less than men. For us, it’s not only important to mention this fact, we’d like to specifically address the topic of equal pay, explore it more profoundly and educate ourselves and others in order to ensure that men and women will receive fair and equal pay. The core questions to start with: why do these pay differences exist, and what can we do to change the situation?

This year’s Equal Pay Day is being observed on the 7th of March, under the slogan “Equal 4.0 – fair pay in the world of digital work”. Since 2008, the objective of this campaign has been to raise awareness of the gender pay gap, inform people of its background circumstances, pinpoint the causes for differences in pay and encourage more people and campaign partners to actively close this gap permanently.

Quite simply, this day selected in March illustrates the gender gap itself. It shows how long, – due to pay differences – women have provided work for free while their male counterparts have been paid for the work they’ve done from the very beginning of the year. For the first time ever, the unadjusted gender pay gap in Germany is below 10%. That’s certainly a reason to celebrate, but also not a time to rest on our laurels. It is, however, a good time to bear in mind what the unadjusted pay gap really represents – by reviewing the past and looking towards the future, all the while examining the presence of these differences in pay.

Gender pay gap statistics represent the differences in pay for men and women. In Germany, the gender pay gap is often presented with inadequate information. Although Germany’s Equal Rights Act went into effect in 1957, salaries still continue to be unequal. This has prompted a lot of broad debates in society concerning the facts and figures of the pay gap and the ways earning differences are interpreted.

Why are there different figures about the gender gap in circulation?

This is, interestingly enough, also where the societal confusion begins. In Germany, the gender pay gap is calculated in two distinctive ways – so it’s no surprise that various figures are being reported. On one hand, it’s calculated with the unadjusted gender pay gap, using a basis of the average gross income for all men and women. The Federal Statistical Office’s most recent figure (from 2020) is 18%. However, this figure only tells us that men, on average, earn 18% more than women who have a similar job.

Yet that doesn’t necessarily mean that women earn 18% less than men for the same work. Another way of calculating the difference, the adjusted gender pay gap, sheds light on the situation by considering other aspects, such as engagement in different professions, period of overall employment and the lower percentage of women in management positions. Moreover, more women as men work in fields which are poorly paid, such as health care, early years education and retail. They also have more part-time jobs and hold positions of marginal employment, where the pay is accordingly lower per hour. There are also others who take a longer leave from their professions to raise their children or take care of aging parents. The adjusted pay gap earnings margin is calculated considering all of these factors. Which means that pay differences exist because the factors previously mentioned were not included. According to the most recent figures available, the adjusted gender pay gap is 6%.

Why is it taking so long to ensure equal pay?

In 2016, a shocking figure appeared: it was calculated that the pay gap between women and men would first be closed in about 170 years. What could be the reason for this? Is there a way to speed up the process?

Unfortunately, there are still too many reasons why progess has been so slow:

How is your company progressing? Find out by taking the Equality Check from the Federal Ministry for Family Affairs, Senior Citizens, Women and Youth.

The pressure from a broad part of society and the evergrowing number of people who support equal rights for women in the employment market have already brought some results. In 2017, a law was introduced (for companies with 200 employees or more) that gives staff access to salary information about their colleagues who hold the same or similar positions. Such developments demonstrate that changes can come, yet making them a reality requires a lot effort.

How can I get involved?

Know your worth and reach out to your managers when you have the feeling you could achieve and earn more in the company! Get involved politically and demand that politicians and their parties prioritize equal pay. Talk about the issue of the gender pay gap openly with your friends and family. Research your own job and its salary range and seek opportunities where you will be appropriately appreciated!

Relatedly, this year’s International Women’s Day is also addressing the topic of prejudices. With the slogan “Break the Bias”, the commemorative day’s focus is to do away with stereotypes regarding women and girls in order to achieve more equality.