Coffee and a nap: a powerful pairing or an energy drainer? 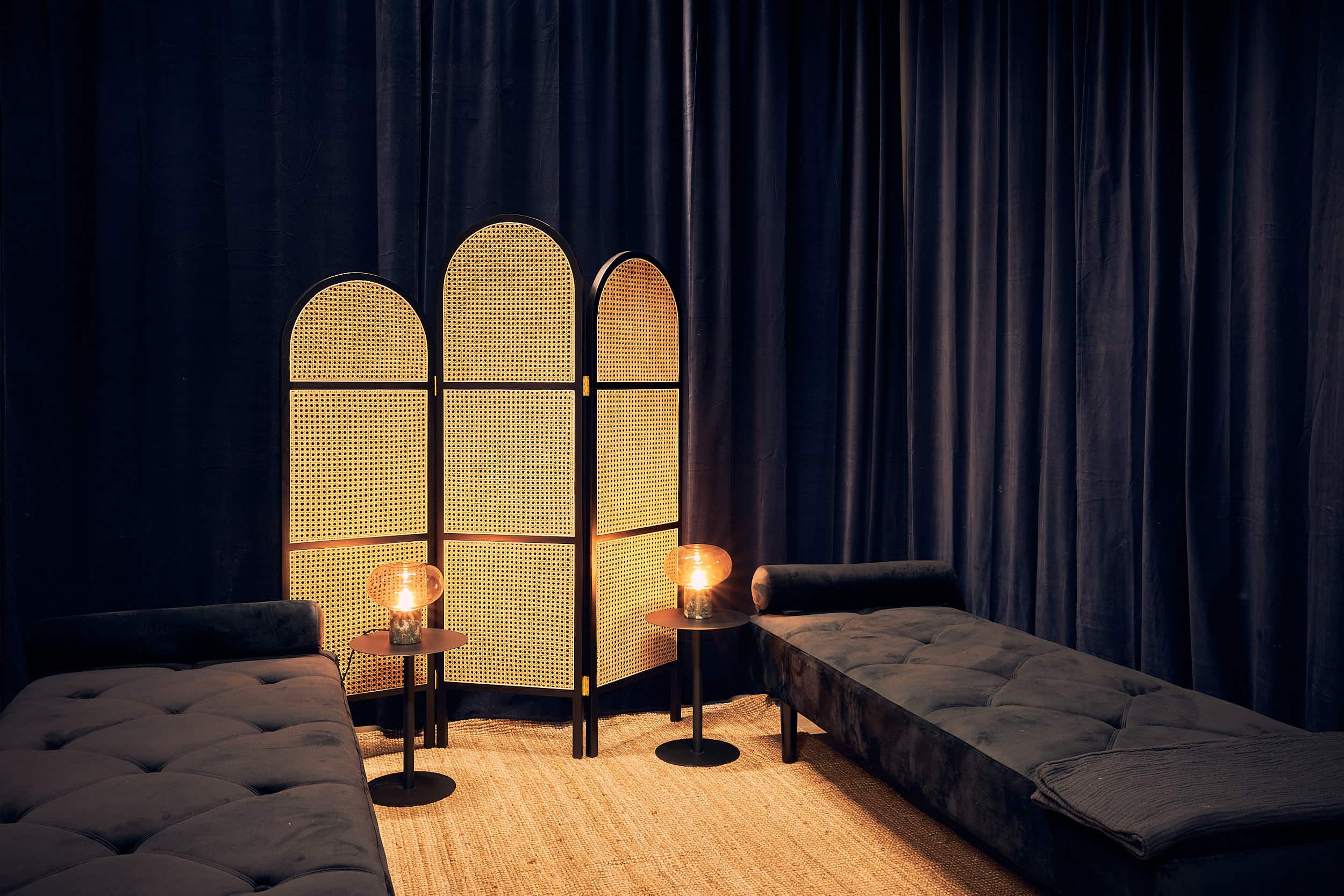 It’s Friday, 1 pm. The sky is gray, the afternoon sleepiness is setting in, the mailbox is full. Time to get a double espresso. On your way back to the office, you notice the door to the Napping Room is open – that’s enticing. Why not take a little nap, too? Two ways to shake off the afternoon slump are certainly better than one – and besides, didn’t your colleague Laura recently mention something about “nappuccino”?

Have a coffee, then take a nap?!

Caffeine nap, caf nap, nappuccini, – these playful word creations all convey the same basic idea: first have a coffee, then sleep. What initially sounds like a blatant contradiction has become quite the trend in recent years. Whether gleaned from filter coffee or Nespresso machines, french press or in-house barista creations: (excessive) coffee consumption is just as ubiquitous in the young and hip start-up world as foosball and free baskets of fruit. Yet the world of New Work has also been captivated by another trend: the power nap. In the past, having a nap in the afternoon was written off as something for children or seniors, but not for dynamic marketing managers. Yet thanks to the latest scientific research, we now know that this was an erroneously held view. Nowadays, researchers believe that taking a short break during a long working day can increase productivity and improve  performance. Or, as Matthew Walker explains in his book Why We Sleep: it’s necessary for our memories to function well and for us to be creative. It seems like the power nap’s time has finally arrived.

Dynamism, agility and flexibility characterize our modern workday routines. We’re often rushing from one meeting to the next, and the increasing number of digital meetings can mean that we can’t get away from our computer screens, making it a challenge to maintain concentration. Yet quite simply, the panacea for restoring and increasing our focus is to take a break. While it’s recommendable to take an active break, i.e., leave your desk, get some fresh air, think about something else for a while – on some days you’ll need something special to do the trick – and according to recent scientific findings, if you’re break has to be a “quick and dirty” one, then the caffeine and power nap combo is your best bet.

A few years ago, a study conducted by Harvard University, the University of Athens and the Hellenic Health Foundation revealed that a short nap (approximately 20 minutes) could boost productivity by up to 30%. Other health-positive effects were simultaneously discovered, such as a 40% reduced risk of death from cardiovascular diseases. A group of British researchers went even a step further in their study about counteracting driver sleepiness. The researchers looked at the effects of napping, caffeine intake and placebos for combating the tiredness and sleepiness truck drivers experienced in the afternoon. They concluded that a short nap combined with caffeine intake produced positive effects. Their study included a variety of testing conditions and groups. One group took naps, a second group drank coffee or espresso during their break to stay alert while driving. The third group, which had combined a short nap with drinking coffee, turned out to have much higher productivity than the other two test groups.

A guide to doing your coffee nap right

In order to best take advantage of these latest scientific findings, you should make sure you’ve got the following conditions for a successful nap covered:

Even the thought of napping in an open-plan office sounds uncomfortable. Bright lights, loads of noise and probably also some boomer colleagues – oblivious to the napping trend – who barge in on your mini-retreat into the land of dreams. Therefore, the first step to take is to find a suitable, quiet place. Optimally, the place where you’ll nap is somewhat dark and its lighting should be subdued.

2. Make sure to lie down

Even if there are a lot of great ergonomic chairs in many offices, you should look for furniture which you can lie down on. A recliner, a couch or even a sun lounger can all do the job well.

This one probably doesn’t need much explanation: your peaceful oasis should be quiet. If it’s not, earplugs or noise-cancelling headphones can help block out noise and bring in more peace.

Consider where your caffeine is coming from. Coffee is preferable to soft drinks such as cola, since it contains roughly eight times more caffeine than soft drinks. Keep in mind, however, that it can take up to 10 hours for your body to fully remove the caffeine from your bloodstream, so try to avoid napping later in the day.

After having your coffee, espresso or cappuccino, you can get comfy and begin your power nap – but don’t forget to set a wake-up alarm! Your napping time shouldn’t exceed 30 minutes, otherwise you may enter a stage of deep sleep. If you’re woken up from a deep sleep, you’ll feel more tired than you were before. There’s also another good reason to keep your napping time short: after about 20 to 30 minutes, the effects of the caffeine you’ve consumed start to kick in. This will help you feel refreshed after waking up from your nap and provide you with more energy throughout the rest of the day.